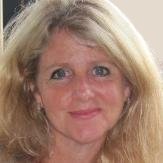 Tracey Hurd came to WomenExplore from Boston College as a scholar with a long-standing commitment to social justice and feminist inquiry. This is reflected in her published and presented work. She has been a Resident Scholar at the Brandeis University Women’s Studies Research Center and conducted research on women while at the Brown University Center for the Study of Human Development. Tracey says:

"I come here after years in primarily academic settings—as a former Scholar at the Brandeis Women’s Studies Center, program director at the Unitarian Universalist Association, and faculty member at Boston College. The dual commitment to learning broadly about issues in the world today, and deep thinking about how those issues touch our own lives, drew me in. I attended a session with a friend, and came back again and again. I am honored to be part of a program that is so full of possibility and transformation."

Tracey is an alumna of Clark University, with a Masters from Tufts University and a PhD in Developmental Psychology from Boston College. 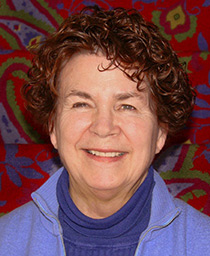 Emmy Robertson, a nationally renowned rug hooker, retired in 2013 after seven years as co-pastor of the First Church of Squantum. Emmy went to Episcopal Divinity School in Cambridge and was ordained in 2006. She is now pursuing her career as a fiber artist, with a book in the offing. 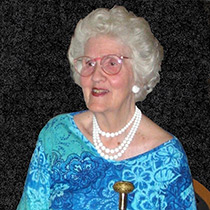 Elizabeth Dodson Gray created WomenExplore/TOP as we know it and served as TOP’s coordinator for thirty-two years, from Fall 1978 to the end of Spring 2010. She attended TOP/WE since its beginning in 1973. She also became TOP's first executive director when it became an independent non-profit in 2003. She was responsible for forming TOP/WE into what it is today—a strongly feminist organization which uses the feminist process of sharing our lives and issues, and looking there for concerns from which to design future WE conference series. This unique method of designing the series is what makes WE so special. In addition she introduced the focus talk in which a member of the advisory committee describes how that week's topic has impacted her life, for good or ill.

Elizabeth Dodson Gray was instrumental in setting into motion the change of name from Theological Opportunities Program to WomenExplore Lecture and Discussion Forum in order to better describe the organization.

Elizabeth Dodson Gray is an eco-feminist theologian with a graduate professional degree from Yale Divinity School.

For the twenty years from 1975 to 1995 she was away two or three times a month lecturing in the U.S. and in Canada on campuses, at regional and national conferences, and in church-related settings.

Her lecturing was an outgrowth of work she and her husband David did as members of Carrol Wilson's team at MIT’s Sloan School of Management for a multi-year seminar on "Critical Choices for the Future," an anticipation of today’s energy concerns and global climate issues. In 1973 they prepared with another MIT colleague the staff work for ten days of Congressional hearings in the 93rd Congress.

She is the author of four books: Green Paradise Lost, a classic eco-feminist text, Patriarchy as a Conceptual Trap, Sunday School Manifesto: In the Image of Her?, and her memoir released in 2013, Walking My Yellow Brick Road. In 1988 she edited Sacred Dimensions of Women’s Experience. This book was based upon the 1985 Fall TOP series. It is by 31 women, writing autobiographically, and is about the religious dimensions of those portions of the total human experience which males never experience—and therefore have never named as sacred (for example, women bringing life in childbirth).

In 2000, Elizabeth Dodson Gray received Yale University’s Distinguished Alumni Award, and in 2010 Elizabeth and David Dodson Gray were presented with the Donella Meadows Award by the Club of Rome (USA). This coveted award is given to a highly outstanding individual (or individuals) who created actions in a global framework toward the sustainability goals Donella Meadows, lead author of the influential book The Limits to Growth, expressed in her writings.

Elizabeth Dodson Gray passed away in her sleep on January 7th 2022 at the age of 92. A memorial service for her will be held at 3.00 pm on 18th Jun 2022 at the First Baptist Church of Newton. Her obituary in the Boston Globe is here. 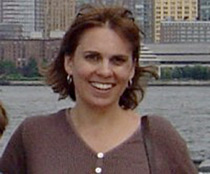 Muna Killingback has extensive experience advocating for and writing about women's and human rights, peace, and social and economic justice. She is a former Director of Communications and Financial Development Associate for the World YWCA, headquarters of the global women's movement in Geneva, and is a freelance writer and editor specializing in the work and communications needs of non-governmental organizations (NGOs), including grant writing. She continues to serve as one of the World YWCA's UN representatives.

She is an alumna of Douglass College, the women's college of Rutgers University.

Muna resigned to take up a position at the Center for Rebuilding Sustainable Communities After Disasters, UMass Boston. She served on the WomenExplore Board for two years from 2011 to 2013. 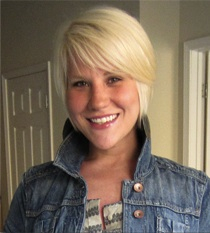 Maria served as both executive director and program coordinator.

Born and raised in eastern Kentucky, Maria Behnke is a committed feminist and has been active in planning and executing women's rights programs.

She was Women’s Affairs Commissioner for Graduate Student Senate at Ohio University for two years. One of her achievements was to bring the program, “Men Can Stop Rape”, to the campus. She was given the honor in 2012 of being named “Outstanding Female Leader on Ohio University Campus.”

Since moving to the Boston area, Maria has been participating in WomenExplore and other outreach programs in Cambridge. Maria brought her energy, passion, intelligence, and dedication to WomenExplore.